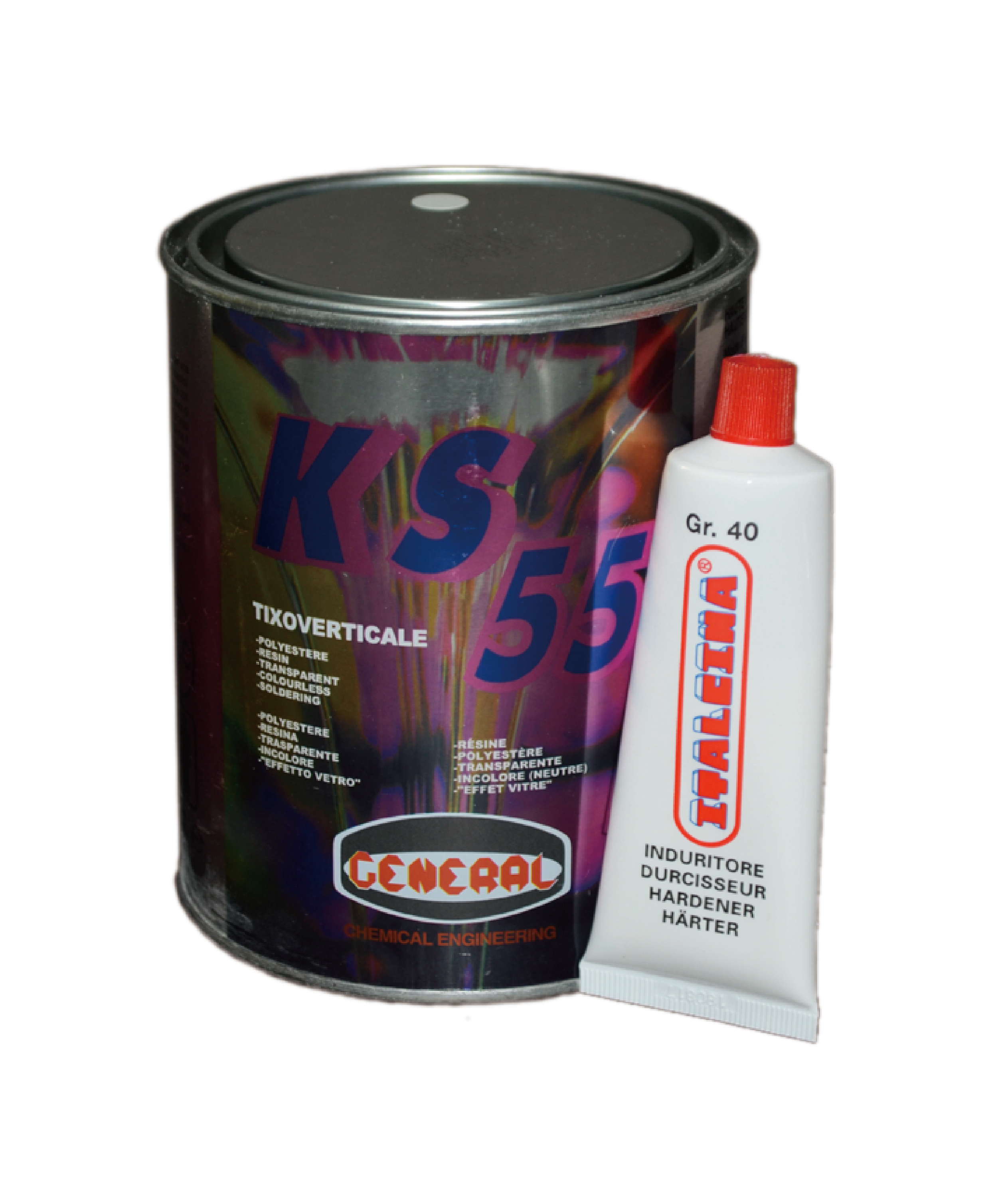 KS55 is a highly transparent adhesive, it’s made of high quality resin. Easy to use and fast, porosity and ligh roughness of the surface favour the best adhesion.

For the best result mix 2% to 3% of the catalyst with the adhesive. A homogeneous mixing will facilitate the uniform catalysis. The catalysis rate is influenced by the temperature and by the proportion/quantity of catalyst. An excess of hardener/catalyst will increase the hardening speed, but weakens the adhesive seal.

Professional service for you